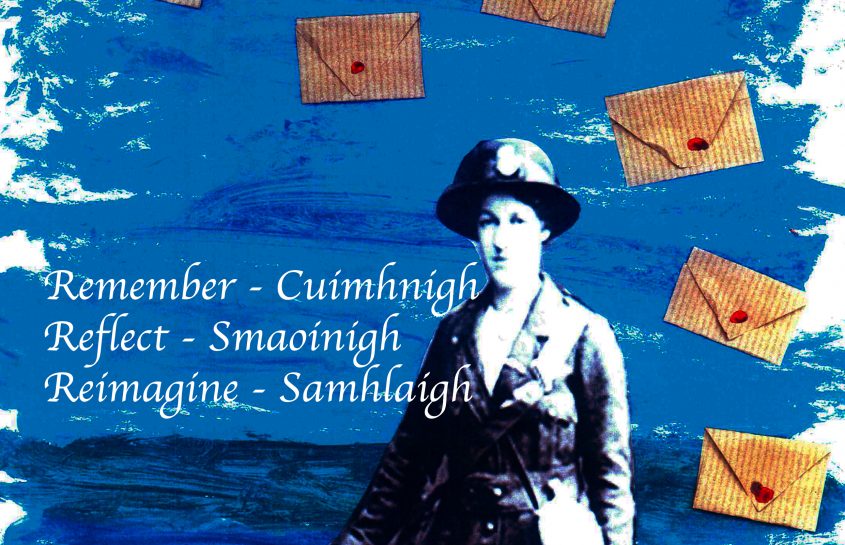 On Proclamation day we really wanted to honour our Patriots by celebrating Irish freedom through art, music, design and film. 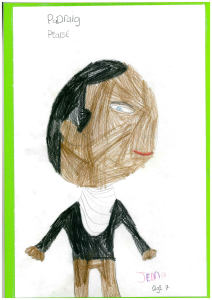 Padraig Pearse was drawn by Jenna, aged 7 who thought he was a very brave man. 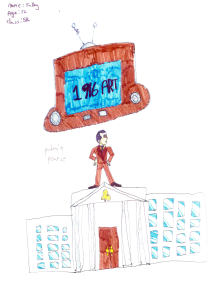 Tadgh considers Padraig Pearse to be a modern day super hero! He also drew pictures of both Countess Markievitz and Joseph Mary Plunkett on top of the R.C.S.I. building. 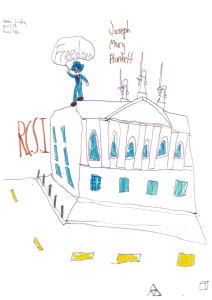 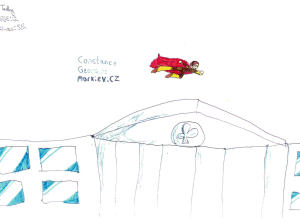 Mia did a celebration of Cumman Na Mban and the work they did during the Rising. We admire her eye and her brushstroke very much. 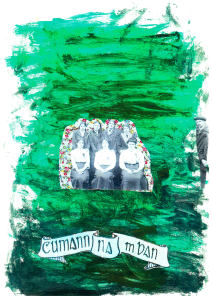 Mia also contributed a picture of tenement life which featured on the front of our 1916 exhibition.

Countess Markievitz (above) also contributed by Mia (3rd Year) featured in our stamp study of the patriots. 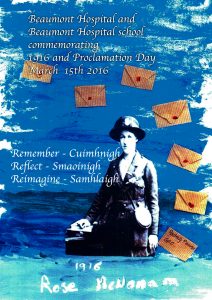 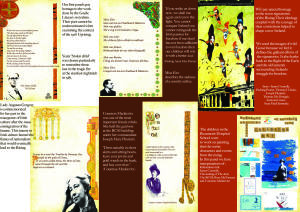 Our exhibition looked at the work of the Gaelic Cultural revivalists, the role of the seven signatories, the role of Cumman na Mban. 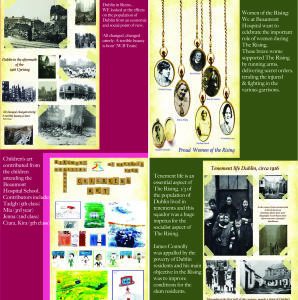 The children’s art featured heavily in the exhibition and we admire their vibrant colour and free style! 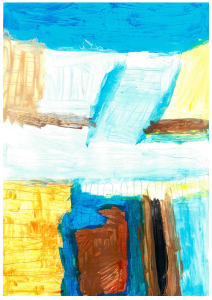 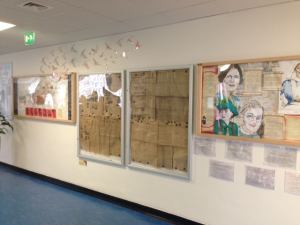 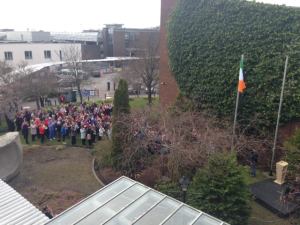 The flag being raised on Proclamation day. 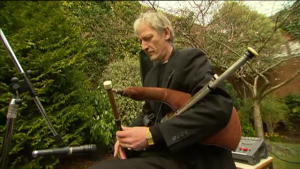 Paul, our chef here at the hospital played a vital role by performing music for the crowds during the ceremony. 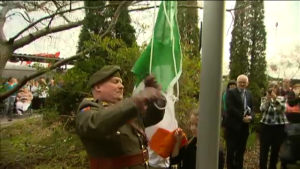 Here we have Captain Eoghan O’Sullivan hoisting the National Flag at 12pm on Proclamation day. Eoghan is from the 7th Battalion reserve in Óglaigh Na hEireann. He is also our neuro bed manager. 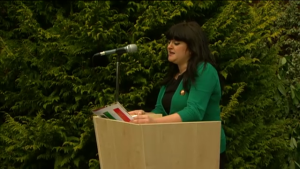 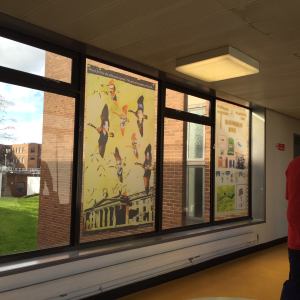 Our interpretation of the signatories as ‘wild geese’, representing the flight of the Earls and the history of birds of freedom in the old laments of Ireland. 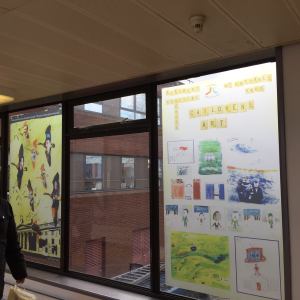 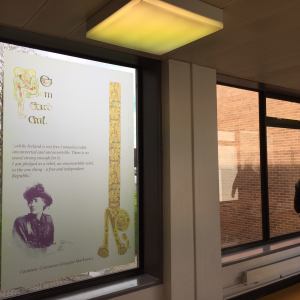 Some of the lovely children who helped us with the flag and handing out of our exhibition guides. 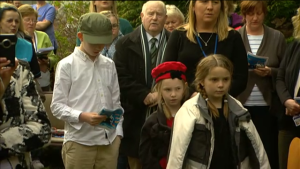 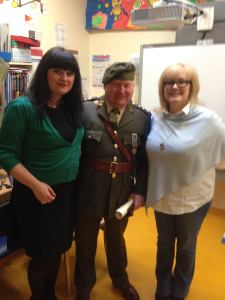