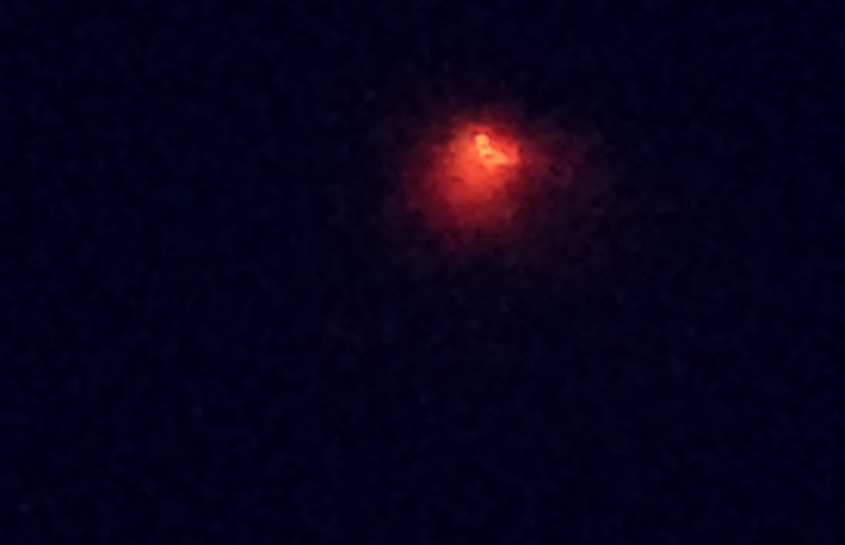 We got ready for a very rare and exciting event this Morning — a solar eclipse!
To view the Eclipse we had to have special Solar Glasses. (NEVER LOOK DIRECTLY AT THE SUN) 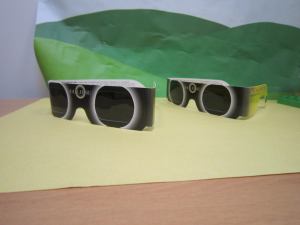 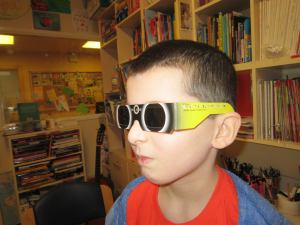 What happens during an eclipse:

A solar eclipse happens when the Moon moves between Earth and the Sun. When this happens, the Moon gradually blocks out the light from the Sun. If the Sun and Moon line up perfectly in the sky, we call it a total solar eclipse. The daytime sky becomes darker, until it feels just like night — you can even see the stars!
Seeing a total solar eclipse is very rare. Most people see just one in their lifetime. And really, we’re very lucky to see them at all.

Today however Dublin was rather cloudy. Here’s what it looked like at 8.40 a.m. just as the eclipse began. We weren’t too hopeful of seeing anything. 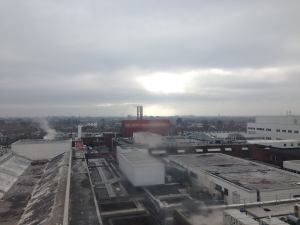 A solar eclipse is only possible because of a very lucky coincidence. Although the Moon is 400 times smaller than the Sun, it’s also 400 times closer to Earth. This means the Moon and the Sun appear exactly the same size in our sky!

So, when the Moon lines up perfectly in front of the Sun it blocks out all the Sun’s light. Looking towards the Sun we see a black circle, often described as a ‘hole in the sky’, surrounded by a ring of white light. (The white light is the Sun’s atmosphere, called the Corona.) Today, in Dublin though, it wasn’t looking promising.

Imagine using your hand to block the sunlight from your eyes. The Sun is much bigger than your hand, but your hand is much closer to you so you can block all the light easily!However, your hand won’t block the Sun’s light from your neighbour’s eyes. This is why a solar eclipse cannot be seen from all over the world at the same time.

As the morning progressed we were getting very worried that we wouldn’t see anything at all.

Then it happened. At around 9.20 a.m. a break came in the clouds. We were ready with our Solar glasses. There it was a partial solar eclipse happening right in front of us. This is how it looked through our filtered lens. 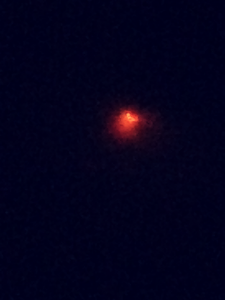 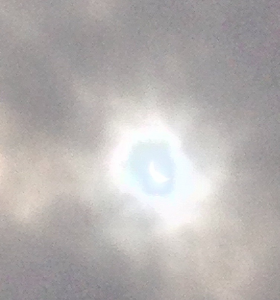 An eerie darkness descended on Dublin and lasted for about 15 minutes as the height of the eclipse phase passed. In Ireland it was almost 90% of the sun was blocked.

Experts had warned that darkening skies could make nocturnal animals such as owls more alert and cause creatures that are usually awake during the day, such as sheep, to find a place to sleep – as well as possibly silencing songbirds.

While animals may not react as strongly as during a total eclipse, zoos  prepared for the partial eclipse as skies darkened slightly across Ireland and the UK at around 9.30am

This is how the sun looked through the solar glasses after the eclipse had passed. 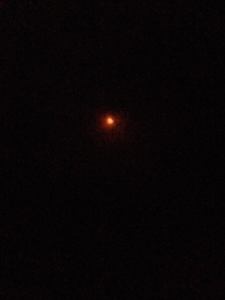 We were lucky to have that break in the clouds, even though it only lasted a few seconds it was enough for us to glimpse this rare occurrence. Most people only see one in their lifetime.

We also tuned in online to see how others were getting on in their attempts to view the eclipse. Just over the road in Phoenix Park they were struggling to catch a break in the clouds. Click on this link. So we were very lucky here in Beaumont to have had that short but sweet glimpse at such a rare phenomenon.