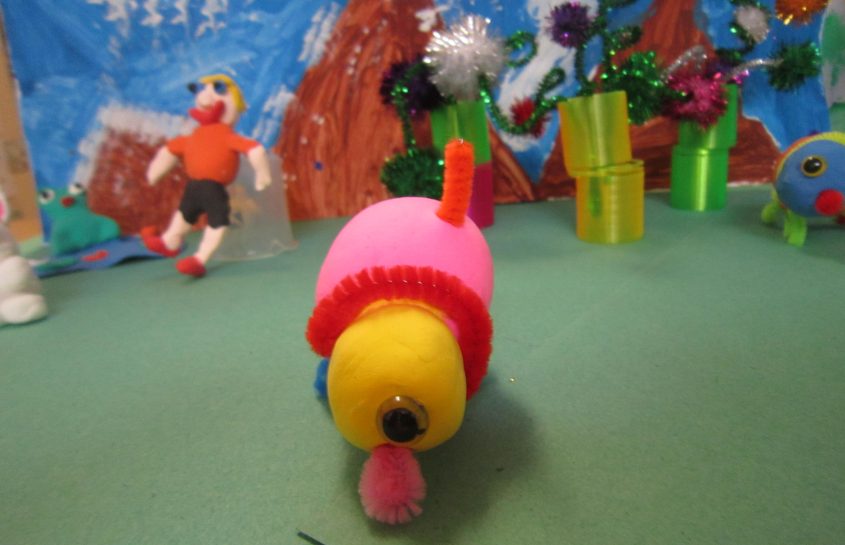 Bladonia is a magical Place. Many students who have spent time in our school have explored Bladonia and given their own interoperation of what it is like.

Stephen, in 3rd class brought his adventure in Bladonia to life in this exciting video. If you are in a hurry you can watch the trailer [youtube]https://www.youtube.com/watch?v=2RWexd2XiyI[/youtube]

or take your time and enjoy the whole story here:https://www.youtube.com/watch?v=970vr9sLUi4 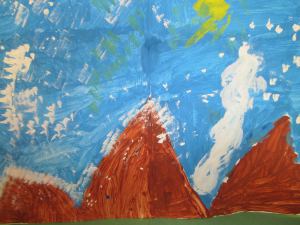 The Round Pudding Mountains, 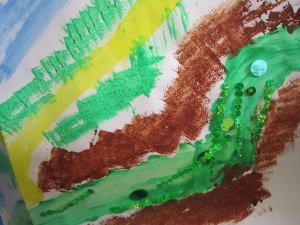 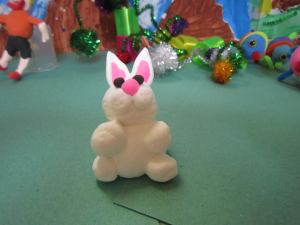 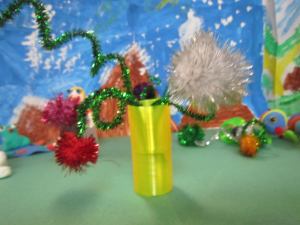 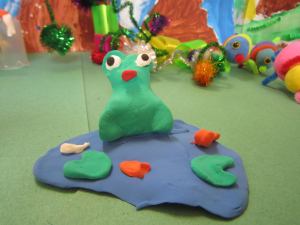 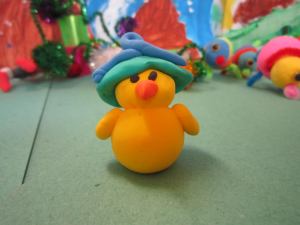 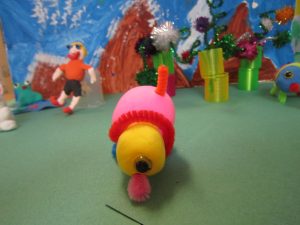 Ellen also went on her own adventure in Bladonia 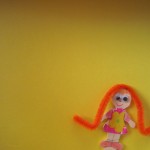 My name is Ellen. I was on holiday in Italy. It was a warm day so I went to the beach.

I decided to hire a boat and go sailing. I left my family on the beach and decided to stay close to the shore. I got  little more courageous and headed out to sea. 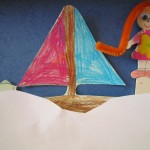 My boat ran into difficulty when I ran out of petrol. I realised I had insufficient fuel to get home. I felt anxious and confused. The only thing I could do was use some of the helium from the balloons I had to fuel to continue my journey. The helium made my boat float joyfully off into the air.

Eventually it landed in a strange but beautiful land. I had a feeling this could be the land of Bladonia. I had only ever heard of its existence, but no one had ever actually seen it. I grabbed my camera and began to take pictures as I surveyed this magnificent land. 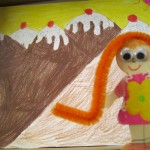 First I came to some mountains. I decided to call them the Round Pudding Mountains. This is because they looked a bit like big, tasty Christmas puddings. I made my way eagerly on down the pretty road.  The scenery made me feel cheerful. First I passed a little statue of the queen of Bladonia. She was very pretty. Behind her were beautiful green & purple streamer trees.

I danced on and passed some Splathead dripping mushrooms. They were huge about 2m tall! That’s big for a mushroom. I skipped on over the humpback bridge which took me over some slimy green water. 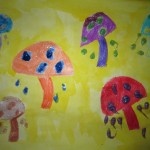 Then I came upon the village of Valp where the scary Tolk live. I started to take pictures of this strange village and people. The Tolk were big, hairy people. I was enjoying taking pictures when suddenly a giant Tolk spotted me. 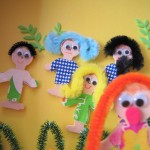 Eventually I ended up in a field full of strange creatures  called Ballumps. These creatures were strange because they floated. It was like they were filled with helium. They were very friendly giants. They were 3m tall but they looked after me. They gave me some of their food and they could talk.

They told me the Tolk didn’t mean any harm just they were treated badly by humans. The Ballumps told me to visit the field of Marp because it was very beautiful and the Marp might be able to get me back to my family. The Marp were gorgeous. They were pink and yellow striped. 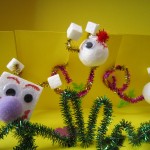 They had magic flowers that instead of pollen had helium so I filled my boat with helium and in no time at all I was on the beach with my family. I couldn’t believe it, they had started the barbeque without me. My adventure was wonderful.